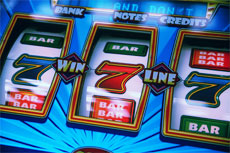 Pokies are an extremely popular game in Australia and in New Zealand. These machines can be seen in the casinos, clubs and pubs in both of these countries. However, today these games have become an international rage and can be seen in casinos all over the world. Even in the online casinos, players can find these games which have become quite popular with the players. There are several different versions of these games available online today for players to choose from.


The traditional pokies are generally a version of poker in a video form. These games have a bet of $2 on the minimum side and pay a maximum of $500. Pokies can have a payback percentage of anywhere from 78% to 92% which means that the players can win that much money when they play pokies. However, all types of pokies and even the other types of gambling games are made so that the casinos have profit. For this reason, the more times players play, the more they lose in pokies just as the case is with the slot machines.

Are They Really Random?


In pokies, every single spin is totally random. Not many players know how these machines and games work and for that reason there are several different misconceptions, rumors and myths which float around among the players. Many people believe that if they play for a long time they are bound to win. However, this is not true since in pokies there is no relation of the jackpot with the past results, the amount of time spent by a player on a single machine or the total of bets made. Players who do not understand this concept often end up playing for a long time on a single machine even if they are consistently losing their money as they think that the machine should be due for a win.


The fact is that pokies are completely random and for every spin there is an equal chance of winning. There is no way to predict when the player would hit the winning combination. The earlier versions of pokies had physical reels, but the new machines do not even have reels since they are totally computerized. This makes it even more impossible for the players to predict the results of their wins. The symbols which are displayed on the screen when you hit the spin button are all chosen by a program known as the Random Number Generator which is a part of the software of the machine.


Since the pokies are all computerized now, there are no physical reels inside. Instead, these machines work on a computer chip. The reels are all controlled by computer software and so it is possible for the manufacturers to make the machine display near wins which are the combinations that are close to the winning ones. This would give the players an impression that they were close to winning and would encourage them to continue to play for longer.