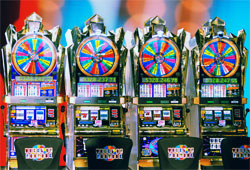 Since pokies have been hugely popular with players from all over the world it is not very surprising to know that players have tried to develop their own techniques and strategies in order to win at the game. While at first glance these ideas might sound ideal and might look like they would work, many of them are plain myths. Several other theories are totally insane like hitting the machine or talking to it in order to make it give out a payout. Casino legends have existed since the first casino was opened. Now they are just developing and get new forms. Pokies have always been susceptible to myths since there is not much clarity among the players on how these machines actually work. Players who do not understand much about these machines are bound to develop their own concepts.


There are a few common pokie myths and the truth behind them given below:


You can trigger a win in pokies


Quite a lot of players believe that they can trigger a win at pokies by switching it on and off or by putting too many coins inside the machine. However, those who would have tried putting in too many coins would know that they only end up losing all of their coins and that nothing ever happens if they switch off and on the machine. These theories are all fabricated and the machine would work just as it always would no matter what you do.


You can predict where the reels would stop spinning


Many players believe that they can predict where the reels would stop if they would hit on a pattern swirling across. However, in any pokie game there would be 40 symbols on each reel and sometimes even more than that. In a 5-reel game there would be 102,400,00 different combinations so to decipher the pattern from that could be a job which is almost impossible. Actually, there are types of pokies you can predict the result but you will just play but not anything else.

Quite a lot of players today are falling for the number of e-books which are sold online promising them a guaranteed win with their strategies in pokies. This information is available in books, CDs and even podcasts. There are even some websites which sell lucky charms and all sorts of devices for bringing luck to the players. But none of these would ever work and the reason is as given below:


The best thing to do is to just play pokies for fun and relaxation. Do not concentrate on winning and always stay away from the myths since these would ultimately make you lose out on a lot of money which is otherwise avoidable.