Random Number Generator (RNG): The Key to a Fortune

In the history of slot machines Random Number Generator plays really important role. Without its exceptional ability to generate millions of combinations every millisecond, slot machines will never have be boring to bet at. There have been many speculations with the way RNG works at the slot machine. However, only a few people know the real purpose of this so called “brain of slots”. 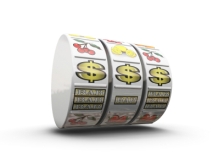 You can find a lot of articles at the Internet that explain how the Random Number Generator works. Some of those say that RNG has its own cycle and the players can able to hit the combination if they can follow that “theorized” cycle. Well, the real thing here is that, RNG is not following any kind of cycle. It was eternally generating numbers from 0 to 4 billions. The only thing it follows is called algorithm, and there are only very few who can exactly understand how it works, but still they cannot predict when the winning combination hits. As long as the slot machine is turned on, the RNG is continuously generating numbers every millisecond and to tell you, the RNG itself can’t control the numbers it generates. It just goes like that eternally. Moreover, it generated combinations even if no one plays at the machine.


When you insert a coin in a certain slot machine, the RNG keeps make the combinations inside the mechanism and when you press the “spin” button, there are already millions of combinations generated. No one can predict the result of every spin the Random Number Generator produce, except for foretellers perhaps. It is really true that slot machines are easy to play at but the winning is not such an easy deal. It brings a unique kind of entertainment to each player who tries his/her luck in hitting the jackpot. Yes, the story behind proves that all those winning jackpots is pure luck. There is no such thing like secret strategy to find the right combination of slot machines though some people tend to believe that such strategy really exists.

Playing slots you play against slot machine alone where your main weapon is your luck with the help of which you will be able to hit a winning combination. Although there are some things that can really help you to boost your chances to hit it. Just choose those machines, which have good odds and which have no progressive jackpot. Though it sounds rather simple it still works.


Winners win accidentally. That is the real story behind of all those wins, which are well known to slot players. Even there is a part in winner’s mind that he wants or expects to win before he hit the “spin” button, overall, that win is always unexpected. Each of slot machine winners was still caught by surprise after he showed that he has won and hit the jackpot. All the winners were just in the right place and in the right time to spin that button and coincidentally, they were not able to guess the outcome of the RNG.

We have 6 guests online